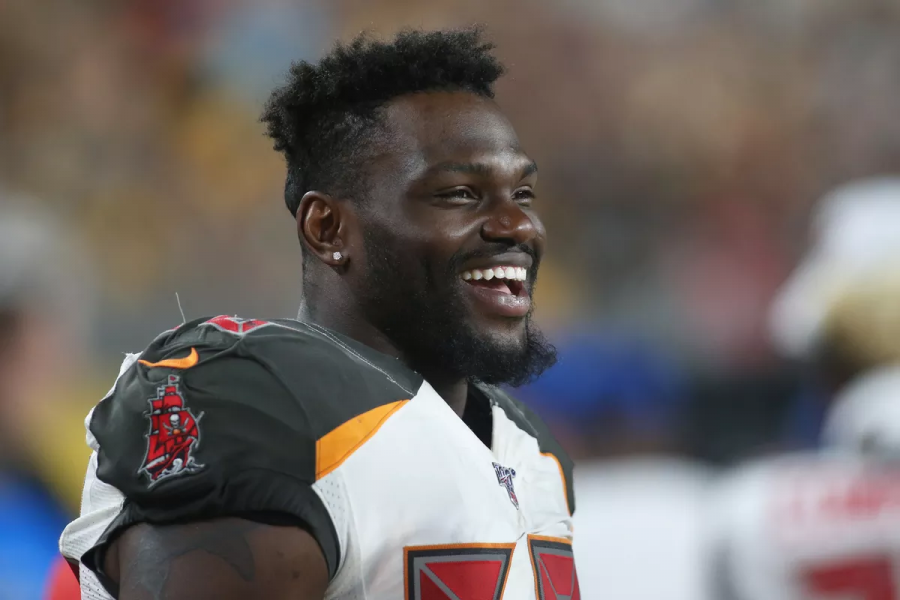 Shaquil Barret has loudly introduced himself to the NFC south

The NFL season is never predictable, it has many twists and turns. The power rankings fluctuate each week as teams pull off wins and make comebacks and go on runs. But there are always surprises of teams and individuals who do incredible and fascinating things. Often, the media will look over some of the stories of players and teams that play in a smaller market, and I’m here to bring light to these amazing stories

Shaquil Barrett has played out of his mind in the first five games of the NFL season. He has gone from a guy who at best has five sacks in a year to recording nine sacks, three forced fumbles and an interception in the first five games, and he’s on pace to absolutely destroy the NFL sack record. This is incredible from a guy who has recorded 14 sacks through the first five years of his career, which shows how underutilized he was in Denver, his old team. With Todd Bowles as the Bucs defensive coordinator, he has done a great job in utilizing Barret’s edge rushing skills to turn him into a sack master. He isn’t the biggest, he isn’t the strongest, but he’s playing twice his size.

Josh Jacobs has had a marvelous rookie season so far. After five games he’s had 438 rushing yards, and his yards per game just keeps going up. He just had his first 100 yard came against the Chicago Bears- the best defense in the NFL- in London. In John Gruden’s offense, which relies on the run to open up the passing game, he has provided everything and more in the context of the offense, and has even scored four touchdowns this year. As the only running back taken in the first round he has showed that there was a good reason for it, being the best performing rookie running back this year and it isn’t remotely close. The raiders have a very promising back in Josh Jacobs and he only seems to get better as time goes on.

Chris Godwin was second on the Tampa Bay Buccaneers last year in receiving behind Mike Evans, and even though he was the second he kind of blended in with the other receivers on the team, Desean Jackson and Adam Humphries. But this year he has been more than productive. In the pass happy offense of Byron Leftwich, Bruce Arians Quarterbacks coach from Arizona, Godwin has excelled. While Mike Evans has drawn the attention of many teams’ secondaries, Godwin has been catching all the passes with 33 receptions for 511 yards and six touchdowns through five games. Last year he only had 54 receptions for 842 yards and seven touchdowns. He has exploded onto the scene and has excelled in the light of Jameis Winston’s newfound confidence under Bruce Arians. Chris Godwin and Mike Evans look like the best WR duo in the entire league, and it is only going to get better.

Every year has a different story, and everyone who makes it in this league deserves the spotlight, but the reality is not everyone can get it. These people are in their prime at one of the most specialized professions in the world and people have seemed to disregard them in terms of the national spotlight they deserve. Every week apparently has to be about people like Antonio Brown rather than people who actually are playing in the league. The media is too caught up in the idea of drama to realize what actually matters, the football.