The Subtle Shift in Fast Fashion 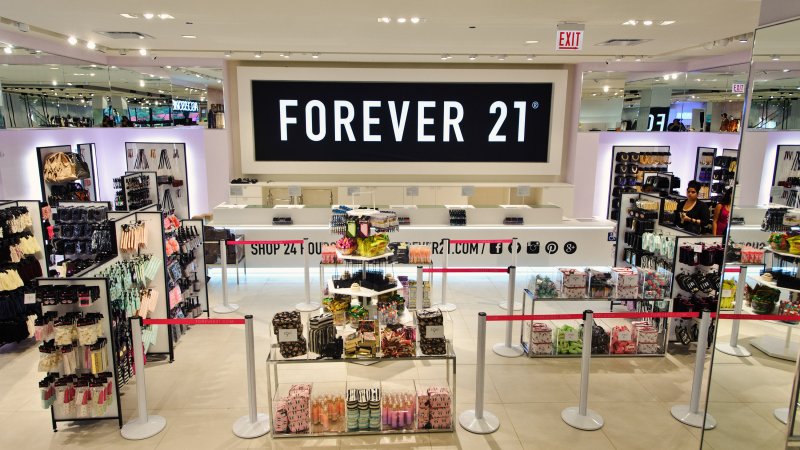 Forever 21 plans on closing roughly 180 locations in the U.S., shutting down operations in Asia and Europe as well.

At the end of September, Forever 21 filed for Chapter 11 bankruptcy, joining numerous other retail stores on the list who’ve been in the same boat for the last several years. Chapter 11 allows businesses to draft a reorganization plan to implement overtime to get back on their feet. Chains like Rue21, American Apparel, and Aeropostale experienced similar financial setbacks, but have rebounded considerably.

Forever 21 aims to reallocate their resources in restructuring the company within the U.S., focusing on “…maximizing the value of our U.S. footprint and shuttering certain international locations,” as the company revealed in a statement to the media. Roughly 180 stores in the U.S. will close, as well as the majority of locations in Asia and Europe.

The three words that come to mind when referring to fast fashion is cheap, trendy, and disposable. Forever 21 fits right into this category, and has been known for selling trendy clothes to teenagers at affordable prices. But as fewer teenagers visit their local malls and switch to easier methods of browsing, stores like Forever 21 have seen a decrease in profits along with the increase in rent prices, leaving little room for growth – if at all.

“I think it’s just the convenience of being able to order products on your phone or computer wherever you are,” a BHS sophomore wrote about the appeal of shopping online. “Brands like Amazon take this convenience to the next level with their ‘buy with one-click’ feature.”

As an avid buyer at Urban Outfitters, Levi’s, and Depop, the sophomore stated that price and style are the most important elements she considers when she shops, regardless of the medium she uses. However, the easy accessibility of a variety of online stores offering unique, vintage, and contemporary looks certainly has its advantages.

BHS junior, Caroline Dean, offered a similar explanation. “There’s a wider selection online, it ships quickly, and usually there are free returns,” Dean wrote. “You can apply coupons and access codes to make it cheap,” she added. The junior mentioned that she also goes thrift shopping, a sufficient option opposed to popular brand competitors.

An article published by The Washington Post announced, “In 2015, Americans threw out nearly 12 million tons of clothing and shoes…according to the Environmental Protection Agency. The vast majority of those items — 69 percent — ended up in landfills.” These cheap clothes once garnered the interest of millions of adolescents; but as they continually wear down after as few as three uses, alternatives such as purchasing from second-hand stores or mending clothes that need minor repairs have seen a boost in activity.

Forever 21 is not the first – and likely won’t be the last – retail store restructuring their operations in hopes of repositioning themselves in the U.S. market. However, not only does this pose the question of what makes a brand sustainable throughout generational and social changes, but leads to the speculation of the future of retail as it appears to head towards a predominantly online presence.