A Small Slice of History 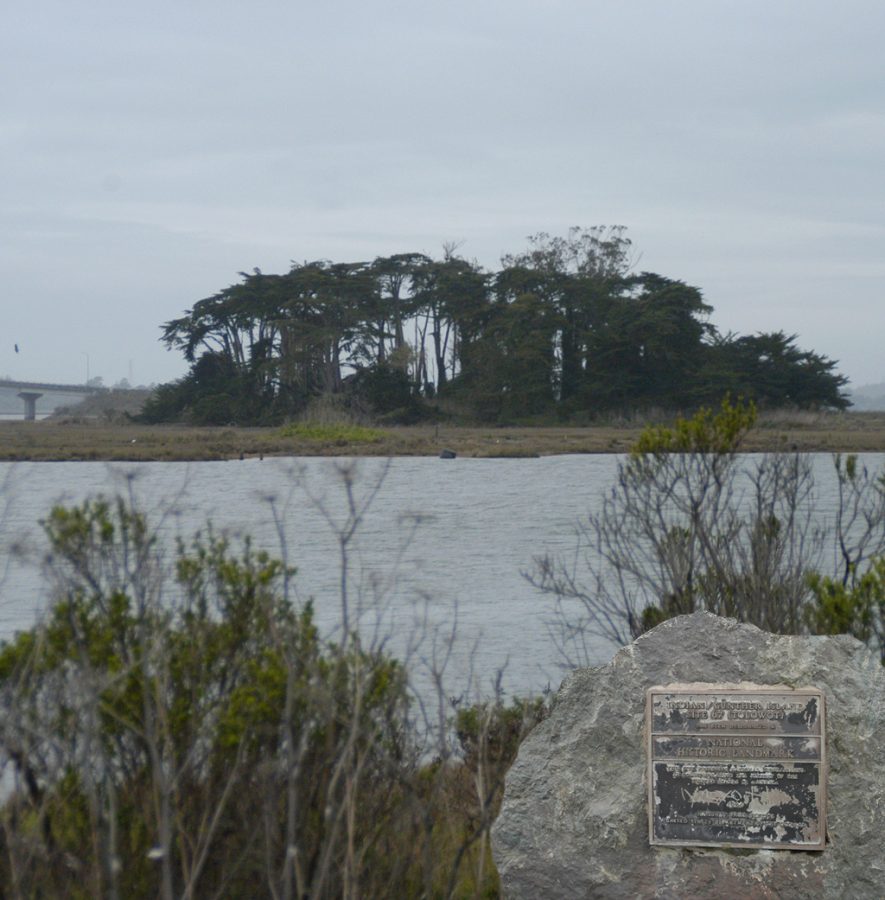 The marshlands of Tuluwat Island, set against the backdrop of the city of Eureka, where the Wiyot once thrived.

About 300 miles north of San Francisco, under the towering redwoods and on the shore of the Humboldt Bay, lies the foggy port town of Eureka, California. Despite having a population of only 27,000, it is the largest city in the Redwood Empire. It was founded as a logging town in 1850, but its history goes back much further. Indigenous tribes, primarily the Wiyot, populated the place they called Jaroujiji for thousands of years before first coming into contact with whites.

But after centuries of prosperity, tragedy struck on Tuluwat Island (just off the shore of Eureka) on February 26, 1860. “The door was blocked by white men as the people were asleep, not expecting anything to happen. They were not on the lookout. When they found out what was up they began to scatter and [were] struck down by clubs, knives, and axes, all met the same fate, children, women, and men. I got out and hid in a trash pile. That was how I was saved.”

These haunting words, written by a young Wiyot girl named Jane Sam, are the only written account of the coordinated massacre that left almost 250 Wiyot people dead. That night, hundreds of white colonizers ambushed the sleeping Wiyot people, and proceeded to commit one of the most gruesome mass murders in California’s history. “It took all the forenoon to gather up all…[the] bodies [of] men, women, children, and babies [that] could be found. One living child was found in the arms of his dead mother and today he is [still] living …It took all day to bury the dead.”

After decades of displacement, suffering, and murder, it is with immeasurable relief and happiness that the Wiyot people can finally accept (some of) their sacred land back. Last month, the Eureka City Council unanimously voted to return Tuluwat Island to the people from whom they took it from. It made history as the largest transfer of land from a city to an indigenous tribe in the history of the United States, despite the island having only six acres in total land.

The island is a sacred place for the Wiyot tribe. Tuluwat is to the Wiyot as Mecca is to the Muslims; it is the center of their world. It was built by their ancestors, when they stacked layer upon layer of shells on the mud to make land for houses. It was the site of their annual World-Renewal Ceremony, when the Wiyot people dance for a week or more to welcome in the new year. The Wiyot have not danced on the island for a very long time, but this year, they will dance yet again.

Today, the Wiyot people are finally able to honor their ancestors at the site of one of the deadliest single-day massacres in Californian history. They finally have some closure after sixteen decades. They can finally practice ceremonies on the land that is part of who they are. They can finally dig their toes into the muddy marshes, knowing that it has at last been returned to the people who built it one thousand years ago.