More Than Just The Last Straw: Protesting in America 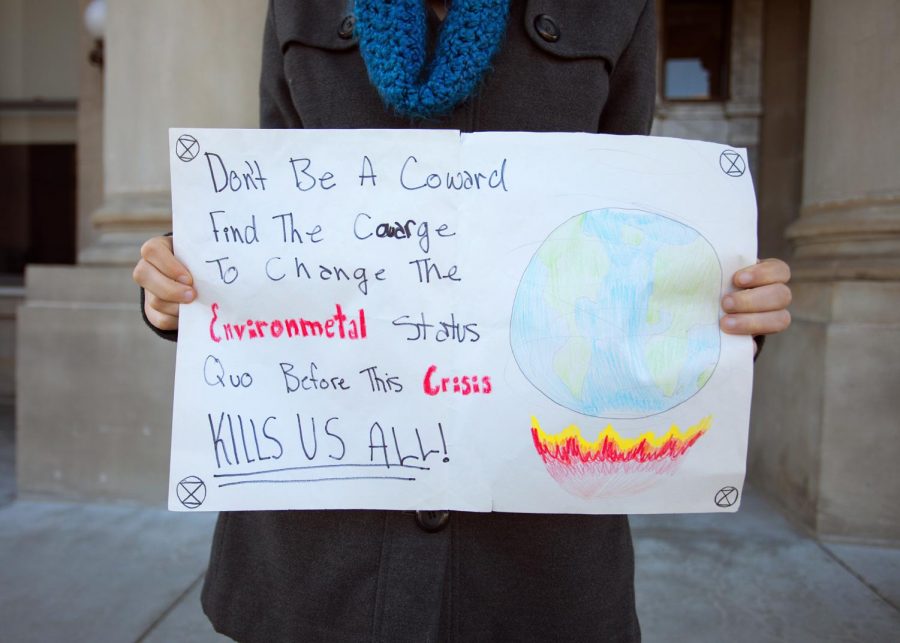 Considering that the United States of America was formed after a series of protests that led to the ultimate protest, the Revolutionary War, there’s no question as to why protesting is fundamental to American society. While the government has made regulation after regulation, protesters continue to find ways to prevail and promote their cause. Protests have been made about virtually every topic imaginable; the more controversial, the more protests there appear to be. BHS students are very fortunate to have the opportunity to have taken part in multiple protests just down the road at the Capitol building. The climate strike that took place last May is perhaps amongst the most popular and recent of these protests.

Camden Mullens, a BHS senior, is no stranger to these types of climate strikes. Every Friday, Mullens takes her lunch break to march down to the Capitol building to take part in Fridays for Future, part of the climate crisis movement that began with Swedish teen Greta Thunberg. “We do it out at the capital, on the steps, behind the bell,” she tells me. “We both have signs we’ve made,” Mullens continues, “and there’s generally a couple of other people that we’re meeting with. We’re the youngest two there…We just stand outside with our signs and sometimes we talk to people and sometimes people are friendly and sometimes they’re not.”

When asked about what inspired her to protest, Mullens starts to grin. “I’ve been wanting to do something about the environment for a while, but when you’re a kid you feel kind of powerless, because there’s not much you can do, because you’er under 18 (and) you can’t vote.” She encourages students and young people to encourage their parents to make smart consumer and voting decisions, but understands that those types of protests- only buying environmentally friendly made clothing, vegan food, etc.- is a privilege others don’t always have.  “We shop REI, thrift stores and Title 9 so we can have sustainable stuff but that is kind of a privilege of mine because I come from a rather well of family.” While she may not be able to go as full-out as Thunberg, Camden stresses that if everyone did their part, we may be able to make a dent in the climate crisis issue. For Mullens’ part, she says, “I want to do something that I feel like I’m actually making a difference, and it’s not just like, ‘no straws’. That’s all great and all, but when the only thing you do is take out straws, that’s not effective in the long run. What about all the other plastics? What about the CO2 emissions from driving your car, and the fact that we don’t really in Boise have public transportation that’s very useful?” Straws are an okay place to start, but when the future of our earth is in question, we can do better.

As for protesting in general, Mullens expresses views similar to most students here at BHS: that protesting is in fact important and valued. “I do think it’s important to protest. You vote once a year, and that’s your one vote, your one opinion on what’s going to be happening for the (next couple of) years. Protesting is the way in between that you can make your voice heard,” she says. In addition, Mullens agrees that protesting is more than a vote- it’s a way to get things done, saying “Things that are happening get taken care of. One example would be the Children in Cages protest- when that was happening, there was no immediate action you could take (voting wise) besides protesting. If you get enough people protesting, if you get enough people there, the politicians will listen, as they did in that case.”

Protesting will never stop being valuable, but unfortunately it’s important to understand that when you are a student protesting for a cause adults may not agree with, there are bound to be obstacles in your path. Mullens recalls some of the obstacles she has faced down at the Capitol building. “It would be kind of nerve wracking,” she exclaims, “When adults would come at you and they would not be happy about what you’re doing… sometimes it’s a little ridiculous but it’s kind of a little scary.” Free speech is of course protected by the first amendment, meaning the opposing side of a protest has a right to respond. However, is it really a fair fight when adults are provoking an unsafe feeling and atmosphere amongst children utilizing their same free speech rights? “In my case,” says Mullens, “When you’re coming up to two teenagers, and you’re a full grown 6 ft adult man coming up and your kind of angry, I think you need to take a step back and think about how your responding to (us), because it is kind of scary and it doesn’t make you feel safe when you have an adult coming at you like that, you have this ‘i need to get out of here’ instinct. So even though they do have the right to say what they want to say, they need to be careful about how they are presenting it.”