Greta Thunberg and Her Year-Defining Movement 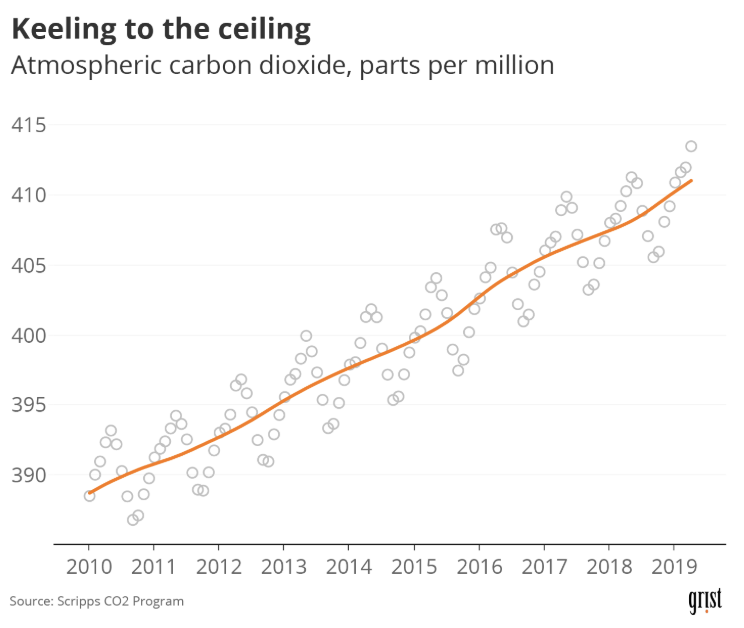 Since 2010, atmospheric carbon dioxide has been continually rising at a faster rate than ever before. The movement to combat climate change seemingly blew up in 2019, but it had been around since the beginning of the decade. More people have come to realize that the climate is changing, and are perhaps a little more slowly realizing that it is our fault.

At the beginning of 2019, if you would have asked me if I knew who Greta Thunberg was, I probably would have shook my head in confusion and pronounced her name wrong. And I’m sure I wouldn’t have been the only one with this reaction. But here in the beginning of a new decade, 2020, Greta Thunberg is a household name. If there was any doubt about it, Time magazine naming her 2019 Person of the Year sealed the deal. Only, Thunberg pretty much secured her own legacy without any help from Time.

Greta Thunberg is thought of by some as ‘that girl who skips school for the climate,’ but she is in fact so much more. Her efforts to raise awareness and inspiration to save the climate have awakened a generation of climate advocates. It started out as a movement to go on strike from school, but it turned into a worldwide phenomenon. In the Person of the Year article written by Time journalists Charlotte Alter, Suyin Haynes and Justin Worland, it is stressed that Thunberg is just an ordinary teenage girl, not doing this for the fame or celebrity status, but simply because it is the only option. The adults won’t listen, so the youth must make them. No small feat for the 16-year-old, who nevertheless succeeded in rallying over 4 million people to join the world’s largest climate strike this past year, according to the article.

Greta Thunberg may have started her movement in August 2018, but the controversy around climate change has been a hot button issue throughout the entirety of the decade. With atmospheric carbon dioxide steadily on the rise since 2010, thankfully the number of people understanding and believing global warming has also risen, although not at the rate they need to be. Political divides and growing partisanship are only adding to this issue, as it is difficult to pass legislation protecting our planet when one side still believes it’s all a scam.

The rise of social media in the past decade has made an impact on how people are advocating for climate change. It is hard to surf through Instagram or Facebook nowadays without coming across a climate ad. This makes it easier for others to share information about the climate as well. In early 2020, for example, when the Australian bushfires were worsening, donations and support not only to Australia but to other general climate change organizations as well started pouring out. Greta Thunberg herself is no social media rookie, connecting with her younger audience about her journey and inspiring others to join her on her mission to save the planet. On the bright side, with a new decade of problems also comes a new decade worth of solutions.

The decade may have come to a close, but the movement to save the world by saving the environment has not. It took us this long to realize the truth, but now that it is out there, we are not backing down until we save our planet. Greta Thunberg helped many of us realize this truth, and we will forever be grateful for her, the Time’s 2019 Person of the Year.