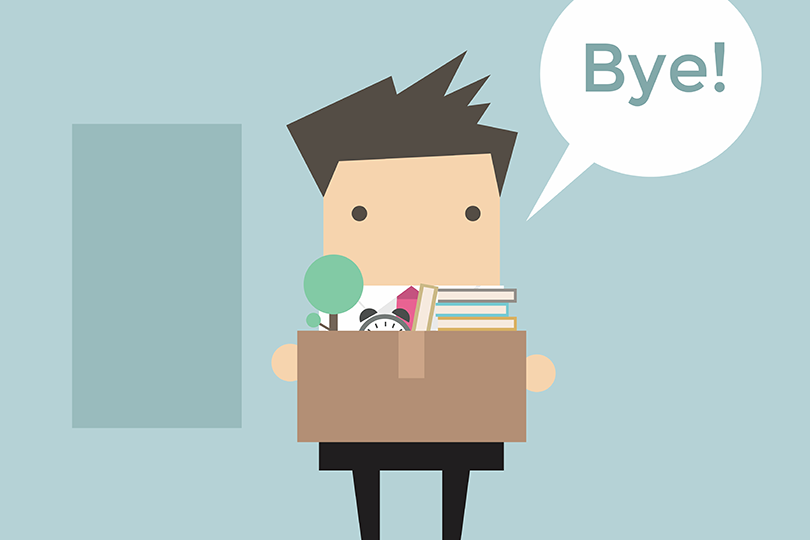 Obstacles to quitting something as big as a job can be intimidating, but can certainly lead to a healthier and happier lifestyle.

The word “quit” feels strangely abrupt in the way it rolls off one’s tongue, the resounding “t” cutting off with a feeling of finality. Granted, that is what the word means. To discontinue. To stop. To be rid of.

Quitting is synonymous with giving up, no doubt, encompassing a negative connotation of failure. As a competitive gymnast for ten years, I engrained quotes such as “winners never quit and quitters never win,” or “pain is temporary, quitting lasts forever” into my mind. They were inspirational – a means to keep chugging along the path ahead. But can motivation from inspiration alone withstand all the doubts and trials posed in life?

Admittedly, dedication is admirable. You develop a skill for self-improvement and experience when success leads to satisfaction. But for some people, this type of dedication acts as a trap that builds the illusion of never being able to break free. The notion of being tied down to a certain job, relationship, or goal can feel binding, especially if your gut instinct is telling you something is wrong.

After the third surgery – meniscus repair –  I knew I wanted to be done with gymnastics. But pressure to continue competing kept me in the sport for years. Parents can be a huge factor in influencing their kids’ decisions regarding academics and extracurriculars. Friends, co-workers, and even a significant other can also play a role in creating expectations to commit to. In general, our society instills the idea that quitting is a setback toward success.

Either way, people feel stuck, like they are a prisoner in the life they live. They revert to a mentality that it is not in their power to invoke change, and this should not be the case.

Mental health, physical health, perception of self, values, toxicity: there are plenty of valid reasons that indicate when you should officially remove something or someone from your life. This inevitably comes with disappointment. After all, it is a loss of a constant in your daily routine.

When you let go of something that has been an integral part of who you were, you lose a sense of identity. However, this process of reevaluating why you do what you do can very well set you on a new path in life.

To the uncle who quit his job, pursued a different career, and is happier than he has ever been in his work; to the sister who broke off the relationship that always left her exhausted and unhappy; to the girl who let go of herself as a gymnast and learned to place her worth in places other than sports: this is what success looks like.

There may come a time when you must take yourself apart in order to create a truer version of yourself. It may be small adjustments; it may be life-altering. But you cannot sit around and wait for change to come to you. It is imperative that you are an active player in your life decisions because those are the choices that continuously define you.

Find out what drives you and makes you feel alive. Quitting is just part of the journey to discovering yourself.