The Fall of The Patriots Dynasty 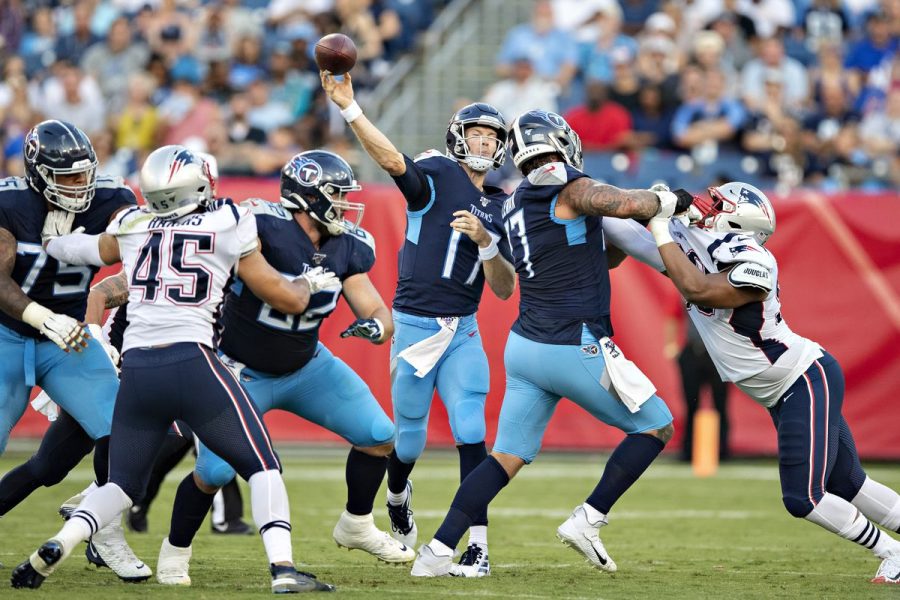 The New England Patriots were once a dynastic team with six Super Bowl wins and eleven Super Bowl appearances.

The Patriots’ rise to success seemingly began when Bill Belichick came on as their head coach in the 2000s. Their triumph was magnified when quarterback Drew Bledsoe sustained an injury and was permanently replaced by Tom Brady. In recent years, the Patriots have been one of the kingpins of the NFL. However, this football season’s playoffs haven’t quite lived up to their reputation.

The Patriots landed themselves a spot in the three most recent Super Bowls, winning two of them; however, they weren’t as lucky this time around.

In the first week of playoff games, the Patriots faced off against the Tennessee Titans. Going into the game, the Patriots were comfortably seated as number two in the AFC division. Where as, the Titans barely snuck in at number six as a wild card team.

Throughout the game, the Patriot’s defense was strong against Titans quarterback, Ryan Tannehill, allowing for only 72 passing yards and one passing touchdown. However, Brady and the offence were unable to use this to their advantage to maximize pointage.

In the final seconds of the fourth quarter, the Titans were up fourteen to thirteen. The Patriots had the ball, but it was highly unlikely they could do much with the remaining time. Despite the Patriots having possession of the ball, the Titans added the final nail in the Patriot’s coffin by getting a pick-six. Logan Ryan, Titans defender, intercepted Brady’s pass and ran the ball in for a touchdown, leaving the final score twenty to thirteen.

This loss so early on in the playoffs indicates a decline in the Patriot’s reign in the NFL. As for Tom Brady, he claims to be returning to the Patriots, stating in a post-game interview in regards to leaving football, “I would say it’s pretty unlikely, hopefully unlikely. I love playing football. I don’t know what it looks like moving forward.” However, Tom Brady’s contract with the Patriots has come to an end, so his future with them is up in the air. Brady could negotiate a deal with the Patriots, head to a different team, or even head to retirement.

While Tom Brady once helped strengthen the Patriots, the now 42-year-old quarterback’s statistics are declining.

Though what is to come is uncertain, this game is the potential indication of the beginning of the fall of the Patriots.