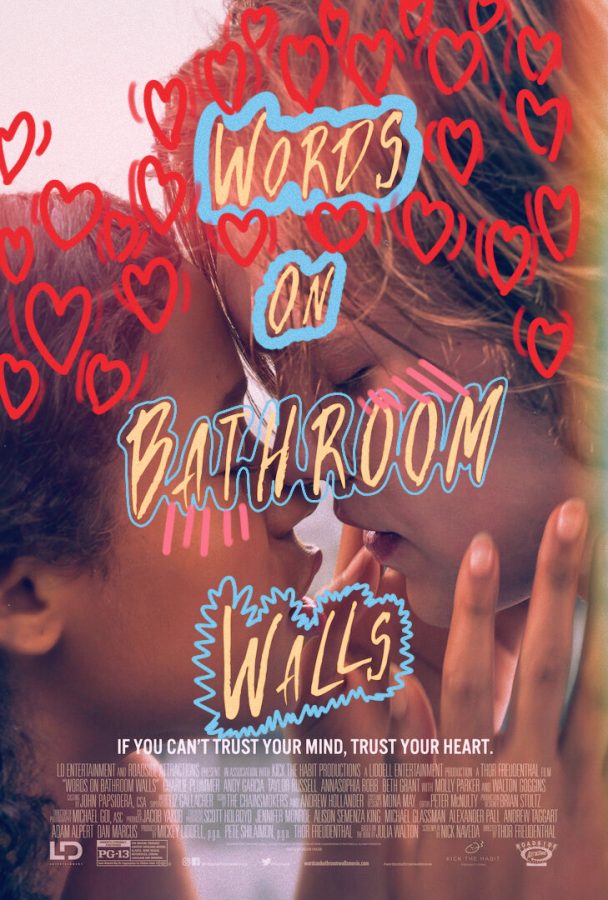 2020 has had a lot of downs, but there have also been at least a couple of ups as we head towards the end of this action-packed year. For romance movie lovers, the Kissing Booth 2, To All The Boys I’ve Loved Before, and P.S. I Still Love You are maybe some of the moves on the top of your list. If you are a lover of these romantic coming of age movies, then this 2020 drama-comedy might be right for you. Directed by Thor Freudenthal, Words on Bathroom Walls stars Charlie Plummer and Taylor Russel in a coming of age tale about love and mental illness.

The movie starts off with the Petrizelli household, made up of our main character, Adam, his mom and her boyfriend, Beth and Paul. Not everything seems to be going smoothly between all of them however, and an obvious rift is shown between Adam and Paul. When Adam goes to school, an incident happens leading him to be expelled from school and taken to the hospital.

The movie, which is focused around a character diagnosed with schizophrenia, tackles mental illness with sensitivity and care. While mental illness in most media is represented wrongly or romanticized, this movie took a step forward to show the reality in its entirety. While having a rocky start with its trailers that were showed, this movie is not done justice.

As a person who suffers from mental illness, I didn’t feel as if someone who had a warped view of it wrote it or handled the film. The cast did wonderful in portraying their characters, and brought life to the film in their own right. The movie does, however, end up a bit slow at times, but keeps you enthralled the entire time.

Words on the Bathroom Walls was originally a book written by critically acclaimed author Julia Walton. Walton started writing the first chapter of the book in frustration at her job, and took to writing in her cubicle. To research the impacts of schizophrenia, she took to spending time reading books and watching YouTube videos made by people with schizophrenia. To make sure even more that she was doing right, she had a beta reader who was affected by mental illness, more specifically schizophrenia, go over the first draft of her book. A goal of the author was showing that Adam was more than his schizophrenia, that he was a person who had his own personality, likes, dislikes, and whole life.

As a person who suffers from depression, a mental illness that was popularized by the media, it felt amazing to see a character be more than what they were diagnosed with. That they didn’t spend every minute of their life hounding over the fact that they were different from other people and that they can get through this. To see this movie felt like a huge win and step forward for everyone.

Words on Bathroom Walls is the movie to watch in quarantine.