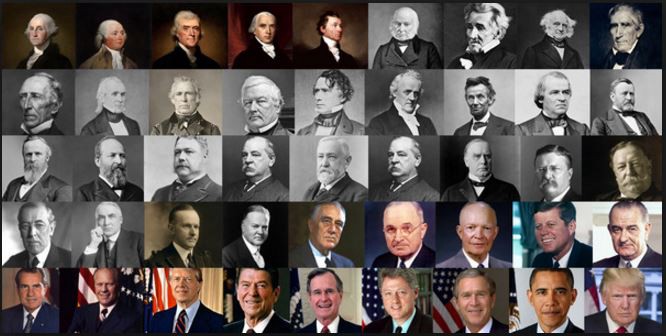 The harmful “normal” we have created for presidential candidates

There are three rules that determine who’s eligible to run for president of the United States. But is that really true? The Constitution says one thing, but the citizens of America say another.

There are many unspoken attributes the American people look for in a candidate, subconsciously or not. It’s an undeniable fact that there are big similarities between the presidents. Out of all the presidents the U.S. has had so far, a not so shocking total of 100% were male. Sexism is alive and well in the US, even if women have run for the presidency in the past. Nowhere in the Constitution does it specifically say that women cannot be president, but there’s an underlying implication that seems to make this true.

Another similarity that’s easily identified is race. Out of 45 presidents, Barack Obama was the first – and so far the only – black President the U.S. has had, and the rest are all white. There’s a long history of racism in this country which has also been woven through the presidency. According to Whitehousehistory.org, twelve U.S. presidents were slave owners during their lifetime. That is a little over a quarter of all presidents. Many presidents have said racist things about people of color, specifically about black people. According to Contreras, a conversation was recently released in the Nixon Presidential Library of a phone call between Nixon and Reagan in October of 1971. Reagan was talking about a film he saw and called the African people in the film “monkeys” and insisted that they were “still uncomfortable wearing shoes.” Nixon laughed at the comment. Presidents have been engaging in this racist attitude in and outside of the White House. If our leaders think it’s okay to do that, it sets a precedent for racism to be the norm in this country.

Although these are only a few of many examples, it shows that the presidency was never crafted to be for anyone but white men. Because of the extremely racist history of this country, a white candidate is more likely to win the presidency than any other race.

Another similarity is religious affiliation. There are only two Presidents, Lincoln and Jefferson, who are labeled as not affiliated. Jefferson was raised Anglacin and later became a Deist. Lincoln was raised in a Baptist family but never officially claimed the Christian identity, although there’s record of his wife saying otherwise. In America we have freedom of religion, but there are unfair advantages and opportunities for those who are Christian compared to those who aren’t, such as being president of the United States.

As odd as it is to think about, the American people tend to vote for the candidate that they find most attractive. According to The New York Times, “People’s preferences for good-looking politicians may be linked to ancient adaptations for avoiding disease.” Smooth skin, shiny hair, and a symmetrical face and body, are thought to be indicators of good health. That may be one theory, but a more reasonable theory is that people have adopted the narrative of what society says is beautiful. Yes, there are some candidates who have won, despite their more attractive opponents, but history has shown that if the public finds you attractive, you’re more likely to win.

Another interesting attribute that the public leans in favor for is the characteristics of a Candidate’s First Lady. 63% of First Lady’s had brown hair, 22% had blonde, 9% had black, and 6% had auburn or red hair. These numbers only account for the spouses of presidents. So, is a candidate more likely to win if his wife has brown hair? Is that more desirable to the American public? Well, that data certainly shows a strong correlation, but there is no definitive conclusion.

There are many other underlying characteristics that presidential candidates share but with these few, it’s clear the Constitution doesn’t truly hold all the rules. Our own societal biases have created an extremely harmful normality of what a leader should look like.