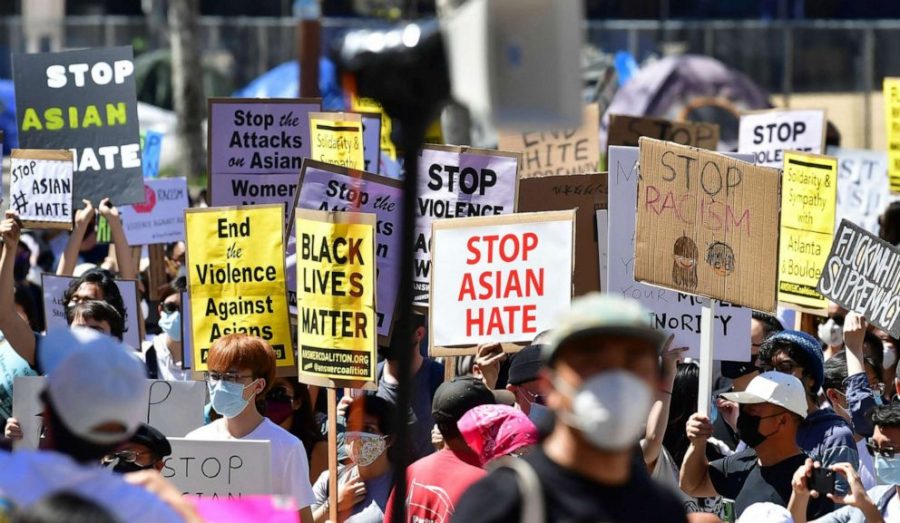 In the recent months, there’s been growing attention in the media of violence against Asian Americans and Pacific Islanders across the country.

One instance that has made waves throughout the country is the tragic shooting in Atlanta, Georgia. As reported in the Washington Post, a gunman targeted three Asian-run spas in the Atlanta area, fatally wounding eight individuals, six of which were women of Asian descent.

However, this recent act of anti Asian racism is not an isolated incident, and while it is just now gaining traction in the media, it is far from new. Those of Asian descent have long been the target of bigotry in the United States, dating back to pre-Civil War times.

Lok Siu, an associate professor of Asian-American and Asian diaspora studies at the University of California, Berkeley, highlighted to the New York Times that in the early 20th century, American legislation included “a chain of exclusion acts,” making it increasingly difficult for Asians to immigrate to America. Following that, in World War II Japanese-Americans faced wrongful incarceration. In the Cold War era, Chinese American organizations were targeted, and there’s been countless other instances along with these.

“They’re seen as isolated incidents — we don’t see them as part of a systemic form of racism,” Dr. Siu said. “But it’s built into the structure, and built into the way we think of Asians and the way we insert Asians into society.”

As can be seen, anti Asian racism is far from new to America, but it hasn’t received much focus as a hot topic in America until the recent year. A year in which it has severely worsened across the country.

The coronavirus has led to a massive spike in anti Asian American and Pacific Islander sentiments and attacks across the country. Stop AAPI Hate tracks violence against Asian American and Pacific Islander communities. Since the beginning of the pandemic, they’ve received over 2,800 instances of these attacks, and that’s just of the reported instances.

The results of a recent report from the Center for the Study of Hate and Extremism at California State University, San Bernardino, revealed that in sixteen cities across the country, said hate-based crimes rose by 150 percent in 2020 alone. These attacks ranged from physical assault to verbal abuse to the vandalization of Asian owned businesses.

This violence has in part been attributed to xenophobic rhetoric that has spread with the virus across America. When coronavirus first began to spread on a global level, American executives, such as former President Trump, have been accredited with pinpointing blame on China, using racist language and inaccurate allegations to push an unjustified association with Asian communities and coronavirus.

Comments such as those made by executives have added fuel to racist slurs and comments, which increased 31% since the start of the pandemic as reported in a recent study by the Pew Research Center.

In response to these violent attacks across the country, many have come together in protest and rallies to gather support to stop Asian hate. Rallies mainly started following the shooting in Atlanta. However, they’ve spread much farther than just in Georgia. They were held in various cities across the country, including New York, Washington, D.C., Philadelphia, Seattle, Chicago, Milwaukee, Dallas, Los Angeles and Honolulu.

Many have come together to call out the injustices happening against Asian American and Pacific Islander communities. The organization Hate Is A Virus has played a large role in helping mobilize people across the country and creating equality and solidarity for Asian Americans. The #HateIsAVirus has spread rapidly online as well, creating an attempt to build support and call out injustices both in a digital and physical realm.

“We need to continue to be loud and stand together to stop hate crimes,” Los Angeles County Supervisor Holly Mitchell said, according to Los Angeles ABC station KABC. “Now is not the time to be silent. Let’s continue to support each other and speak out against hate.”