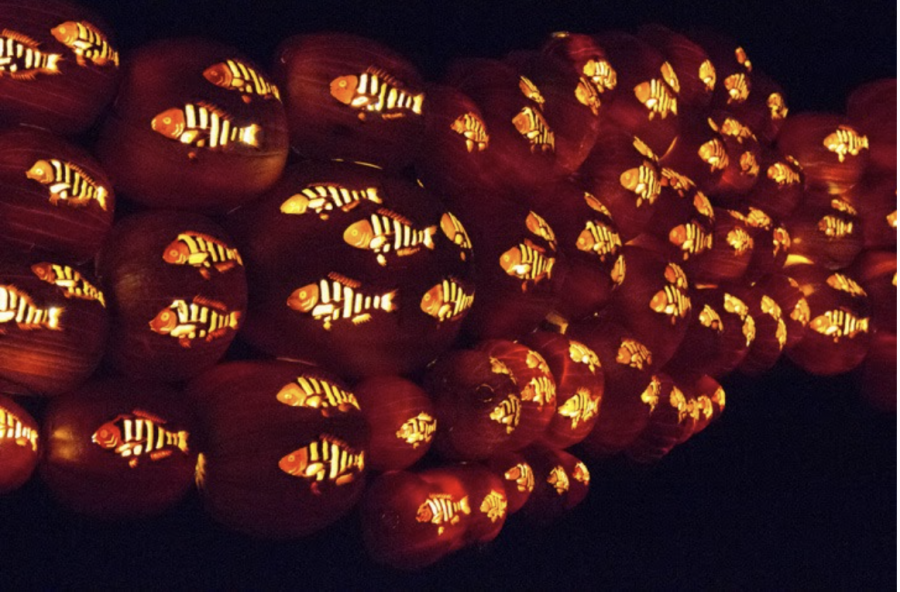 Shown above are a species of a fish known as pumpkin fish. They are the only known fish that I’m not scared of (Credit: shutterstock.com)

My mom always tells me that I’m a dan xiao gui (“timid monster” translated from Chinese). I think there’s nothing wrong with that. If you want to learn about some phobias I had as a kid, then read on.

One of my biggest fears for a long time was my fear of Bloody Mary.  When I was a young filly, an evil little kid told me about Bloody Mary. He told me that if I looked in a mirror and said Bloody Mary three times, then I’d be kidnapped and slaughtered by Bloody Mary. I was so afraid that I avoided being around mirrors. Once I had to sleep in a cabin with some girls during MOSS (McCall Outdoor Science) Camp, and there was a mirror on the wall across from me. I politely requested for the chauffeur to allow me to flip the mirror over. The other girls probably thought I was weird.

Many people have a fear of bugs. What really bugs me is the funky patterns they have. I used to scream very loud when I saw bugs. I still do. Some people would call me a wussy. Those people have some nerve, calling me a wussy.

I have a big fear of living fish touching me, even small goldfish. They are kind of like the bugs of the sea. My younger cousin used to poke out and eat the petite white ball of the fish eyes, which I thought was gnarly. It could explain why fish eyes scare me.

Getting yelled at by teachers is something that is also quite a fright. In the past, one of my favorite teachers had asked students to turn in money for a field trip. I tossed my envelope of money onto her desk where she was sitting in front of my desk. I could’ve walked over to her and nicely handed it over, but I didn’t. Strangely enough, she bursted into tears like an active volcano. She told me that I was very disrespectful and rude. I think 5th graders aren’t supposed to make their teachers cry.

A similar episode occurred when I went to North Jr. High in 7th grade. It was nearly the end of the year, and my volleyball coach at the time came in and told my entire Spanish class that I was the only girl out of 72 girls who didn’t turn in her volleyball uniform. I was so embarrassed that I died. He was very intimidating, similar to when Big Chungus eats the universe (watch the video). I thought that was it, but then, my Spanish teacher scolded me, and she looked me in the eye and said, “Sophia, I didn’t expect this from you. I didn’t expect you to frolic around in the kiddy pool. I am very disappointed in you”. Now when someone looks you in the eye and tells you they’re disappointed in you, a bad feeling eats you up. I cried every moment for a week straight after that.