I had been so immersed in the stupefied childhood wonder that comes from the description of a 500 pound man in a sleigh pulled by reindeer in the sky, that I had not stopped to ponder the physical complications of such a mode of transportation 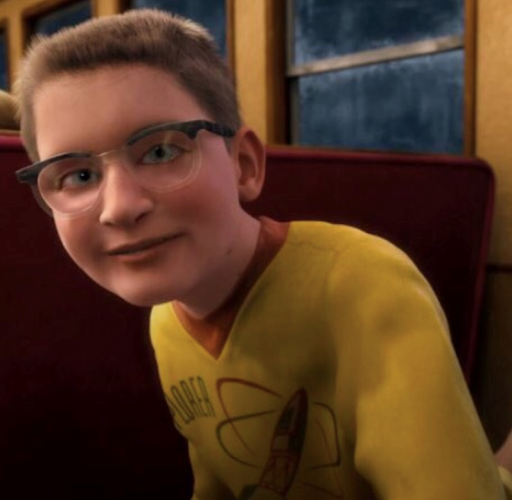 If this kid was Jewish every child in a 50 mile radius would know santa is not real. (Polar Express)

Santa is a character quite literally as old as Rome. He’s based on a 3rd century monk named St. Nicolas who lived in modern day Turkey, the elf capital of the world. Not only does it mean that St. Nick probably munched on kebabs and halva, but it also means that for 1700 years Jews have kept the secret of Santa’s fictitious status from the young, innocent, poor, light, beautiful ears of young christians everywhere.

When I was six I was shocked to learn that Santa was not real. I had been so immersed in the stupefied childhood wonder that comes from the description of a 500 pound man in a sleigh pulled by reindeer in the sky, that I had not stopped to ponder the physical complications of such a mode of transportation. My six year old self did not consider the lack of solid land in the North Pole as well as the pocket dimension that exists inside Santa’s sack in order to store all those presents. Furthermore, at six I was so dumb that I didn’t even think of the geopolitical implications of a bogie flying over miles and miles of restricted airspace, something that would alarm governments and news outlets everywhere were it to happen in real life. If I could go back in time and tell my younger self one thing I’d tell him to think with his freaking brain.

Once the shock had stopped and reality had set in, however, I had a secret to keep. I walked into school the next few weeks determined to speak nothing of Christmas or this ‘Santa’ character that everyone loved so much. People would ask me: “what did you get for Christmas?” And, as snarky as a six year old could be, I would respond with: “Nothing, I’m Jewish.” If they asked about Santa visiting my house, I would start sweating bullets, because apparently Santa wants to bring joy to all the children of the world, according to my six year old counterparts.

Never once did I let the truth about Santa slip. Instead, I dove deeper into my Hanukkah festivities, collecting my one song in the Winter concert and one menorah in class every year. I say that with sarcasm because that’s the tone of this article, but I did appreciate that very much. Sometimes, however, when you’ve heard jingle bells for the 40th time in two weeks and everyone around you is singing christmas songs and Polar Express (A fine movie considering everything) is on the Smart Board, it takes a lot for stupid, non-wordly six year old me to not spoil everyone’s fun. I refrained, as I knew it was not Santa’s naughty list I didn’t want to be on, but everyone else’s.

When fifth and sixth grade rolled around and the veil was lifted off of everyone’s heads, I was free to welcome my classmates into the woke Santa club. Knowing where your presents actually come from is great because you can thank those you love who bestowed you with such niceties personally, rather than giving thanks to a contestant of My Magical 600 Pound Life. If anyone finds out Santa’s not real from this article, sorry not sorry.