FNAF Security Breach: What You Need to Know

As a child, something that terrified me was Five Nights at Freddy’s (FNAF). 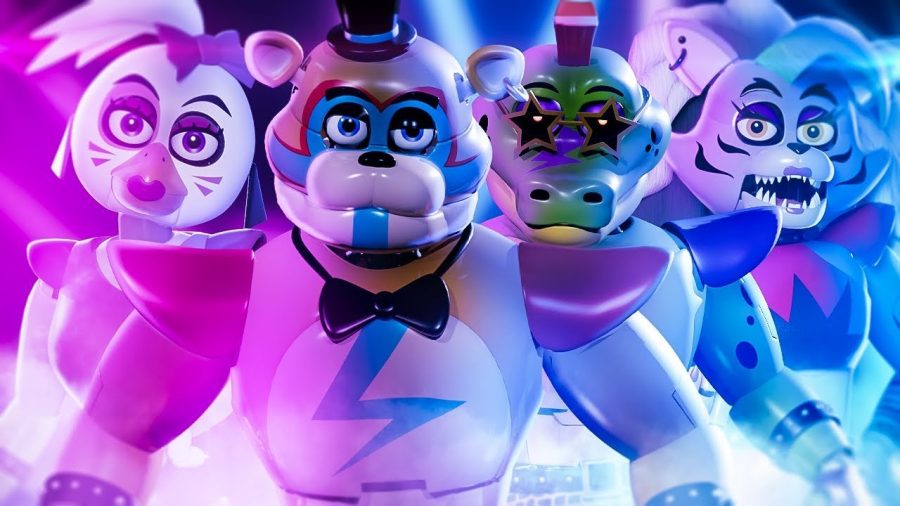 My only note about FNAF is that murdering children is a plot point that’s used too much. (Five Nights at Freddy's Security Breach)

As a child, something that terrified me was Five Nights at Freddy’s (FNAF). I would watch over people’s shoulders as they played it on their phones and cower in fear as Foxy, Chica, Bonnie and Freddy would run through the halls and traumatize me. The game and franchise has changed very much since then, and not just the story of the game but the gameplay itself. FNAF’s first task-based horror game, FNAF Security Breach, has just been released, and a lot of people are loving this game.

The gameplay is simplistic, and that’s a good thing. When making a horror game, the appeal of the game is the horror, not the gameplay. Not having to overthink a task keeps your mind on the monster and keeps you terrified. Knowing the task beforehand makes you horrified, because you know if you don’t have enough time to finish it, your doom is coming. There’s nothing you can do.

The thing that makes a horror game complete, of course, is the monsters. There are five animatronics in the game and two brand new ones, being Sun/Moon and Montgomery Gator. Sun/Moon has been received well, but the replacement of Bonnie with Montgomery has angered lots of fans, with Bonnie locations being in the game but still, no Bonnie. From hidden messages in the game, it seems that Bonnie one night was malfunctioning and ventured into the Gator’s floor, a giant miniature golf course. After that, Bonnie has no future logs. It seems like something foul was afoot.

However, the main thing I was excited for was the lore. FNAF has an extensive and very confusing story behind it that can be pieced together through minigames and message logs and stories. The lore has remained very constant since FNAF 6 when the original storyline was wrapped neatly in a bow, with all the original characters burning to the ground in a fake pizzeria. But now, it seems like all the characters who we were worried about are back, and it really lessens the impact of the ending of FNAF 6. To override something that was written as the final entry in a series often brings discontent into the fanbase, but nonetheless it is cool to see all of our heroes and villains back. If you want to dive into the lore, it’s an excellent story and I highly recommend it. My only note about it is that murdering children is a plot point that’s used too much.

FNAF Security Breach is a fine game, and it’s great to see the series venturing out into different styles of games that vary from the first six, with VR and AR installments coming out before this game. There have been so many new characters introduced by this game outside of the five animatronics, and many character arcs are still waiting to be finished. There’s one thing about FNAF though. It’ll always be back.