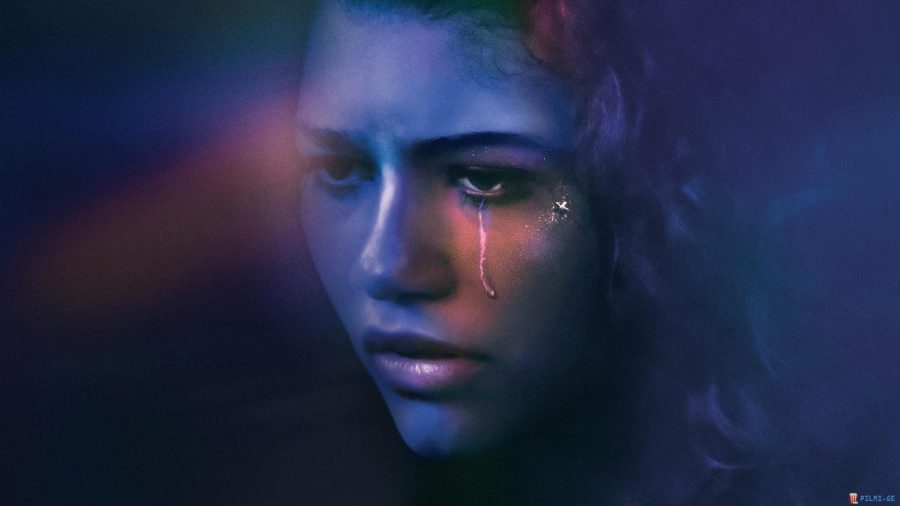 Euphoria’s first season came out in June of 2019 and immediately, there was an obsession. Not only at Boise High, but nationally. People were putting on sparkly makeup and having “Euphoria” themed parties because of the highly desired aesthetic that was created in the show. Now, there is a new season with episodes coming out each Sunday and there is a buzz to say the least. Also, something to note is that this article was written just after the fifth episode came out.

The aesthetic previously mentioned includes different colored lighting, bold makeup and hair, as well as distinct costume and set design. The characters all have very distinct personalities with a wardrobe that fits perfectly. One of the characters, Maddy, is known for her outgoing and bold personality. A lot of her wardrobe includes statement colors such as purple, neon, or blue with sparkly makeup and hair to go along with it.

Euphoria focuses on the way people want to feel in life and address it in the show many times. Rue, the main character and narrator says; “Our country’s dark, and people just want to find hope, somewhere, anywhere, and if not in reality, then in television.” This quote exemplifies exactly why people like euphoria in all it’s darkness and gruesomeness. Euphoria covers a lot of topics that are generally shied away from because they are viewed as being too dark or too gruesome for TV. People generally like the show because they can relate, on some level, to the characters or different situations presented. Creating this kind of representation on a nationally recognized television show has revolutionized the content now being produced on all levels of entertainment.