Scream 5: A Boring Attempt at Horror 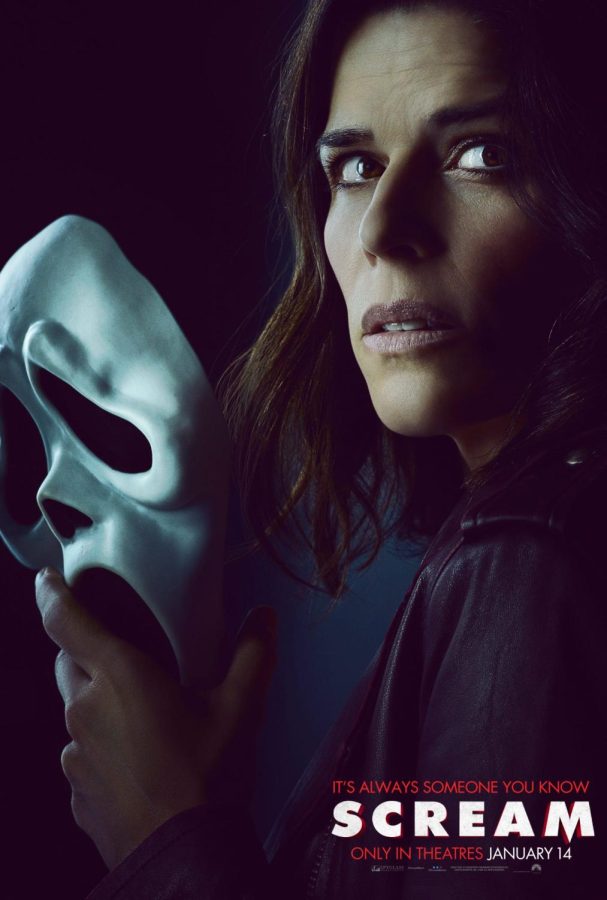 Horror movies are many people’s favorite pastimes, and those who enjoy it typically have that one movie that really stands out for them. For me, it’s the movies Creep and Midsommar, for some people it’s Texas Chainsaw massacre, or The Blair Witch Project. But one that seems to be universally loved is Scream.

The original Scream movie was created by Wes Craven in 1996, and is a satirical slasher movie, meant to sort of poke fun at the stereotypical slasher tropes. The original is loved by many, and has become an icon in popular culture. The Scream ghostface mask is a staple halloween costume, and has found its way onto quirky shirts and a common aspect of the nineties aesthetic. Scream was an incredibly influential movie that served as inspiration to change the stereotype that all slasher films are painfully predictable. Sam Kench, screenwriter and film critic, stated “Scream’s meta humor and self- awareness made tired tropes feel fresh and encouraged future filmmakers to shake up the formula rather than stick so closely to the template outlined by the originators of the genre.” It’s safe to say that Scream was and still is an incredible and unique movie. The same cannot be said about the newest Scream 5.

Scream 5 does not live up to its predecessors. Most people can agree that sequels are never as good as the original, but I was shocked at how disappointing the movie was. The movie attempts to recreate the same sort of irony that the original Scream had, but mixed with the poor script writing and the numerous plot holes, the irony seemed less like irony and more like a bad, predecible and unrealistic slasher film. I had low expectations to begin with, given that it’s the fifth movie in the series, but still went into the theater open minded. As a horror-junkie, I figured it would be hard to watch a horror film and not enjoy the jumpscares and suspense even a little. This movie lacked both. The jumpscares were extremely predictable, and while the movie itself did have some plot twists, they seemed pretty cheap and not much thought had gone into them. It was less like a shocking plot twist, and more of a casual turn of events. The only somewhat redeemable qualities this movie had included that some of the original cast members were there, which was exciting to see on screen, and that it was difficult to predict which character would be killed off next.

As someone who thoroughly enjoys horror movies and finds it hard to dislike even the cheesiest movies, I would recommend not watching this movie. I was bored throughout the majority of the movie and had to fight the urge to walk out and go home. The small fraction of scenes that were somewhat enjoyable, were only entertaining due to how awkwardly written the script was. While this movie was not the best quality, it was still fun to laugh at.